My son Micah is 18-months old, and he is amazing. I knew I would love being a dad, but I had no idea how much I would love it until Micah was born. I also didn’t fully realize how much having a kid would sanctify me. I’ve had to learn patience and grace in a whole new way. But what I was truly not expecting was how much Micah would teach me. The other day in IKEA, I learned how much I want to be like Micah.

I am proud of Micah for some silly things. Like “eating 3 pieces of chicken” and “pooping.” But in IKEA, I had never been prouder. Our family has spent the last month transitioning from Spartanburg, SC to Hampton, VA. In the meantime, we are living with my parents in Richmond. Since we decided to give our couches away before we left Spartanburg, we went to IKEA in Northern Virginia to seek out our new couch.

Arriving at the store was the typical “do you want to ride in the cart or walk? Oh… you want to PUSH the cart. Awesome.” He wanted to push elevator buttons. He tried to flush fake toilets. He was all over the place, and it was slightly annoying, but mostly just fun.

As I was following Micah around, he began interacting with the multitude of children populating the living section. And that’s when I realized he was my role model.

He walked up to a pair of chairs and wanted to sit in one. In the other chair sat a little girl who appeared about a year older than him. Her father was a few feet away, holding a newborn. Her mother stood close by, wearing a hijab that covered most of her face. Being ever the social butterfly, Micah waved and smiled at all of them. I thought about how Micah had no idea that they looked a little different from us, nor that the mother’s face was covered. He just saw people and wanted to be their friend. And as I realized the purity and beauty of that moment, I fell in love with my son all over again.

As we walked through the store, Micah interacted with everyone he saw. Many were different from him, but he didn’t care. He played for several minutes with a little girl of another race at a play kitchen set. He just liked everyone he met.

At an IKEA mere miles from Washington, DC, children met each other and showed no bias. I want to be more like Micah and those other children that day. It was beautiful and amazing, but to them, it was just a normal day. 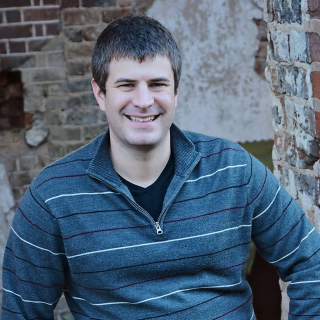 Dr. Kevin Clark Jones holds a doctorate in family ministry and is certified as a SYMBIS marriage counselor.